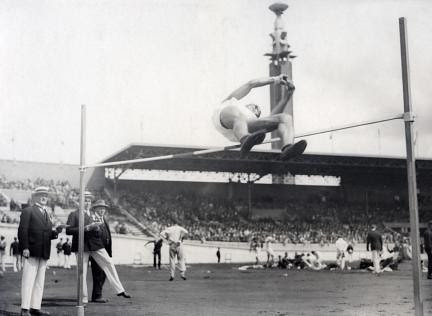 It is that time of the year. People are summing up what they did in 2009, making plans for 2010, making resolutions...
I think I became rather good at making resolutions last year. The trick is to set that bar just high enough for it to be a challenge, but not too high. You don't want to fail too often, because it's bad for your health. One day you are going to break that record, maybe in 2020 (what a lovely, symmetrical year!), but probably not yet. It is important to do something about it now.
I sound like one of those self-help books, don't I? Probably because I am trying to justify my irregular blogging habits. No, don't look at how often I post. Don't look at the date of my previous post. Or the one before that. Please.
Still, I am not unhappy with what I have achieved here. When I started blogging two years ago I didn't bother to define my niche. I wrote about whatever came to my mind. I didn't know anything about SEO or Google Analytics, I didn't know who my readers were or what they wanted to read about. All I knew was that I wanted to go on blogging.
I used to sit down every Christmas and write a new set of resolutions. Except that they wouldn't really be new, they would be the same as the ones I wrote the year before. Last year I changed something. Instead of "I am going to write a novel" I put "I am going to sit down every day and write something".
Did I sit down every day and write something? Er, not every day. But I did establish a blogging routine. And call it a coincidence, but I stumbled upon a blogging challenge in January. And another one in April. During which I wrote 25 Ways to Keep Your EFL Students Motivated (that day's challenge was to write a list). Suddenly I had readers (i.e. other teachers of English) who wanted me to go on writing posts like that one. My readers wanted me to write about TEFL and I found out that I enjoyed writing about TEFL.
Again, call it a coincidence, but around that time I joined BELTFree. I became a part of a caring and inspiring community of people who blogged about TEFL. They supported me every step of the way. I don't think I'll ever be able to thank them enough.
Somewhere along the way I made a rash promise that I was going to blog once a week. Then twice a month. Then I stopped making promises.
I can't tell you how often I will write in 2010. Making such a promise would be irresponsible to my readers, because I will probably break it at some point. There are things in my life that I can't control. Blogging is still just something I do in my free time.
I will not make that promise. But I do promise that I'll be here as often as I can. And if I am absent for a while, don't worry. I'll be back. That I can promise.
Happy New Year everyone and thank you for travelling with me this far.
Posted by Natasa at 01:00