Myna and the Sleeping Dragon 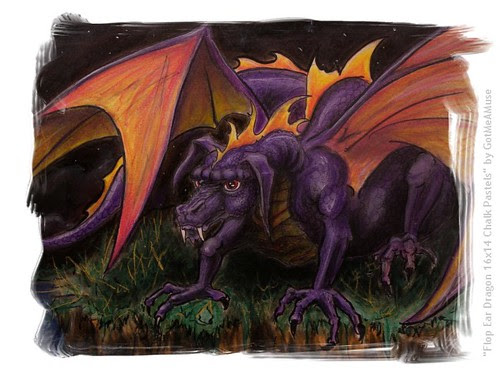 EVO sessions are now over. I participated as much as I could, if you take into consideration the fact that I was trying to attend four of them, while working. I was absent during the second week of February (Week 5 of EVO) and after that it was really difficult to catch up. However, the first thing I did when I got back was the Myna task.

Myna by Aviary is one of the tools we did in DMPT. It is an audio editor. It lets you mix music, add a recording of your voice and apply some sound effects. Our task was to record a poem (ours or somebody else's). I chose one of my own. I have never read my poetry out loud and if I had to do it in public I would probably die, but doing it while I was alone in my room somehow made it all right. I wasn't quite alone, my pet turtle was right behind me and it is the sound of his water pump that you can hear in the background.

The Dragon 2.egg on Aviary.

Aviary has a lot more to offer. There are several image editors and I combined three (Phoenix, Peacock and Toucan) to create the"image" of my poem:

The Dragon 4.egg by lunas994 on Aviary

Then I played with Peacock (effects editor) and I created this "red umbrella" from scratch:

Red Umbrella.egg by lunas994 on Aviary

Aviary tools are easy to use, but make sure you have watched the tutorial before you start (I cannot stress this enough). The tutorials are what makes these tools easy to use, your intuition won't help you here, I am afraid.

Let's see how we can use these tools in the classroom:

Myna (the audio editing tool) could be used to record poetry, the way we did in DMPT. It could be a fun way for you to introduce British and American poetry into your class. Alternatively, your students could record the poems they wrote or collaborated on. Or you could record different sounds on Myna and then ask the students to guess what they heard. The students could use the large music library Myna provides and mix their own music. This could be used to practise adjectives (How does this music make you feel?), or to serve as a story prompt. I guess it would be possible to create short listening tasks on Myna, though I would probably use something more straightforward, such as Podomatic, for this purpose.

As for the image editors (Phoenix, Peacock, Toucan, Raven and Falcon), think of all those images you and your students could create from scratch and then put into blogs and wikis. It is often so difficult to find the exact image you need online, why not create one?

I really enjoyed playing with these tools. The combination of sound, images and text has made me think... All the possibilities you have these days to create something beautiful and to tell your story. Don't you think that we are witnessing the birth of new forms of art? I would like to leave you with this question: 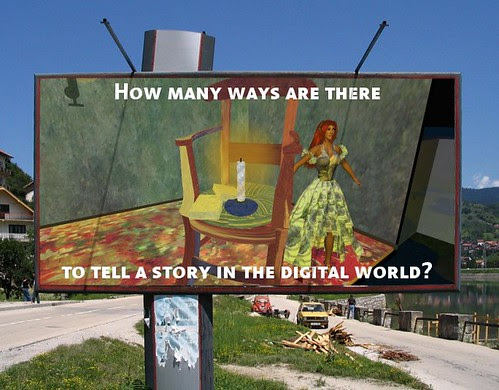 Hi Natasha's blog, i'm from Brazil,i can speak english rather well
I loved your blog but would like to know more about.I'm doing(studying a lot to send this message to you), well I will talk a good bit of my life:I'm have 10 years and I love the WEB but my mom does not like much the WEB games, just to work.
Well you are quite right to me acahr swept a crazy, cause I got talking about my play but not wiped out my post took me all afternoon to do is shout, okay so I'll leave there.
Goodbye

Hi. It's good to meet you. Sorry it took me too long to answer, my computer was out of order.
My readers are getting younger and younger every day and it's a good thing. I am thinking of starting another blog for students of English.
Your English is great. My son is 10 and he is learning English too.