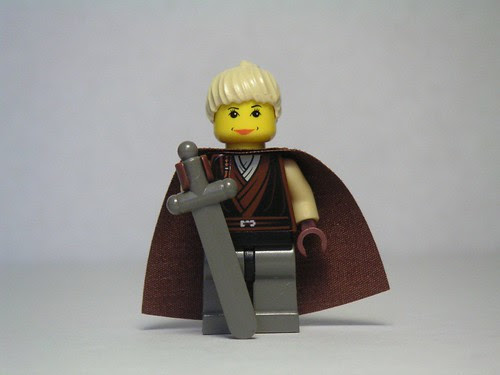 I am back at Camp Magic MacGuffin after I was absent last week. This is the second week of video and it took me a couple of days to go through last week's materials and pluck up the courage to use Windows Movie Maker for the very first time.

The assignment I chose is Return to the Silent Era. The goal is to take a scene from a modern movie and render it in the style of the silent era.


I chose one of my favourite scenes from LOTR - the one in which Eowyn kills the witch king. I had just watched Return of the King for the thousandth time and it struck me that this scene would look good in black and white. I was lucky enough to find a clip that already had subtitles, which made my task of turning it into a silent movie much easier.


I was surprised at how intuitive Windows Movie Maker is. I had wanted to learn how to mash and edit videos for some time, but had always put it off. I was afraid it would be too hard. I have only made this one clip so far and the task was relatively simple. I just added two effects ("black and white" and "old film") and I added some Bach. I didn't remove the original audio, but I muted it instead.


Here is my clip:

I Am No Man - Return To the Silent Era from Natasa Bozic Grojic on Vimeo.