On Metaphors, the Future and the Way We Are Wired (#EDCMOOC, #ETMOOC) 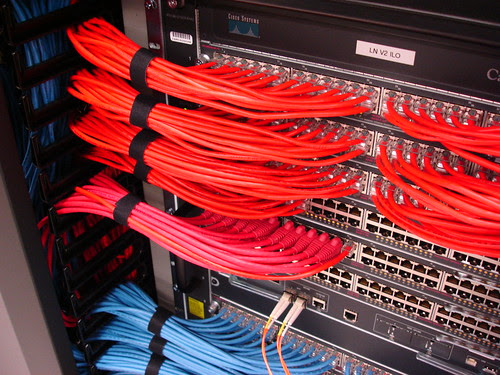 I am now two weeks late with my weekly reflections. The week I will be writing about here is Week 4 in EVO sessions and in #ETMOOC and Week 2 in #EDCMOOC. I managed to follow the weekly activities in my workshops and be more or less on time, but the weekly blog posts are something completely different. It takes a lot of work to put together everything that went on in all these learning spaces and turn it into something meaningful.

I am glad that this week there'll be digital stories to help me along.

In Neuroscience we learnt about the way we are wired. And, you know what? We are all wired differently. Let me put it like this:


See this story on Storybird

Meanwhile, in #ETMOOC it was the first digital storytelling week and I created several 6-words stories on Twitter.

First there was the horror story series:

Then there was this standalone melodrama:

And here is my first ever animated gif:


For the animated gif I used this simple tutorial provided by #ETMOOC.

It was a fascinating week in #EDCMOOC, as we discussed future-focused visions of technology and education, both the utopian and the dystopian ones. We looked at metaphors as lenses through which these visions are seen. Metaphors are deterministic. This is the point where #EDCMOOC has a lot to do with Multiliteracies. Here Vance Stevens writes about why looking at computers as tools determines the way we use them and why the tool metaphor shouldn't be enough. Here's more on computer metaphors from the #EDCMOOC reading list. And here's a blog post I wrote about computer metaphors when I attended Multiliteracies two years ago. In this post I compared the computer to a geenie from a magic lamp, a magic wand and a communication tool. The second and the third are tools, but what about the geenie? Is the geenie a person? I think I will have to go back to this in my next post where I will look at this week's #EDCMOOC topic - redefining the human.

A Manifesto for Networked Objects with its notion of "blogjects" will amuse you. But just at first. Are the "blogging objects" and the "networked objects" really our future? Or, are they already our present? Are they really "more dangerous than the Terminator"? Or will they save the planet for us? Yesterday, I read in my son's weekly science magazine about a project which aims to save the rainforests by equipping the trees with mobiles. Once somebody tries to cut it down, the tree "calls for help". It is this type of thing Bleecker is looking forward to.

Now for something dystopic. The following film (7:50) was the highlight of my week:

Sight from Sight Systems on Vimeo.

I believe this movie can be used in TEFL to discuss, among other things, the gaming addiction. Not to mention the future and relationships.

Am I an edupunk? Two years ago I wasn't sure, now I am. I am sure that I am one, that is. Why else do you think I am addicted to MOOCs? And what do you think I am doing here blogging about my online learning experiences?

If you think you might be one too, you should listen to this (one hour long, but worth it):


And if you are the sort of person who likes to take notes, Audrey Watters has already done it for you here.

Well, that's all folks. Next week, we will be looking at what makes us human.

I would like to finish with a great image I found in the #EDCMOOC Flickr pool which, I believe, says it all. 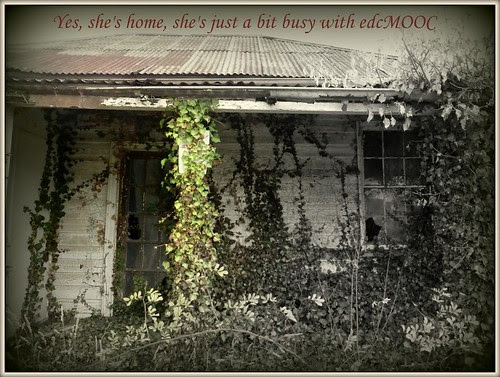 Great post Naty!!! I would have really loved to be working in EVO's seminars like you, but I've just moved provinces and I don't have internet connection yet. Anyway, it's great how much you've learnt. All the best! Lore from Argentina

Thank you, Loveley. Next year you'll attend an EVO session or two, I hope.

From your reflections here, I found this post on metaphors and added to the Week 5 readings at http://firstmonday.org/htbin/cgiwrap/bin/ojs/index.php/fm/article/view/2370/2158

Let me try this again (code error in last attempt). From your reflections here, I found this post on metaphors and added it to the Week 5 readings at http://goodbyegutenberg.pbworks.com/w/page/61342215/Week5_Focus_2013

Lore, I am sorry for the typing error I made when writing your name. I have just noticed it now that I came back to post another comment.

Vance, thank you for posting one of my links to the wiki. More importantly, thank you for linking to this post. It feels good. And I am glad I have been able to contribute something to the community.

In different and seemingly unrelated courses, I have been coming across these and related metaphors: Fantasy and Science Fiction, Introduction to philosophy as well as E-learning and Digital Culture. It's been a season of Utopias, dystopias, heterotopias, post and trans-humans.

Of course, as a literature major, I see metaphors everywhere and consider them the first line movers of of thought.

Vanessa,
Like you, I see metaphors everywhere. That's what those literature courses do to our brains. I also suppose that it has to do with these fast-changing times. Suddenly everyone is seeing metaphors everywhere. I kind of followed Fantasy and Science Fiction last summer. I joined in the middle of the course, so I didn't participate or write essays, but I read all the books and watched most of the videos. I couldn't join the winter course, but if they offer it again next summer, I would like to participate. I like it.