My Day in Pictures 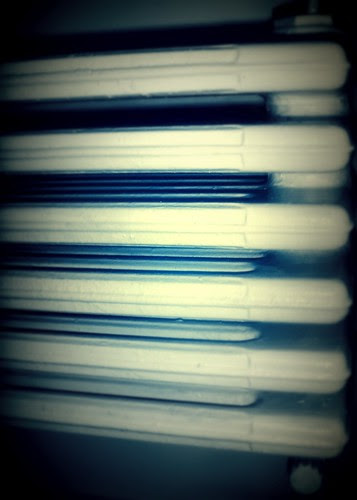 I admit, I am not one of those people who wake up easily. It usually takes me a while to focus and at first my surroundings might seem strange and unfamiliar to me. Is it a wonder, then, that the object you see in the picture above appeared to me exactly as you see it? It is one of the first things I see when I open my eyes every day. Can you guess what it is? Though, I have to say, I am notorious for giving tasks that are too easy. See my previous attempt at being mysterious.

It took me a lot of coffee and tea and good music to wake up properly:

I should have read the task more carefully, though, since I missed an important point here - this set of photos doesn't really tell a story, nor does it create tension, unless you are worried about what I might write into that notebook after all the caffeine that I am about to consume.

By the way, the above set of photos were created from a single shot which looks like this: 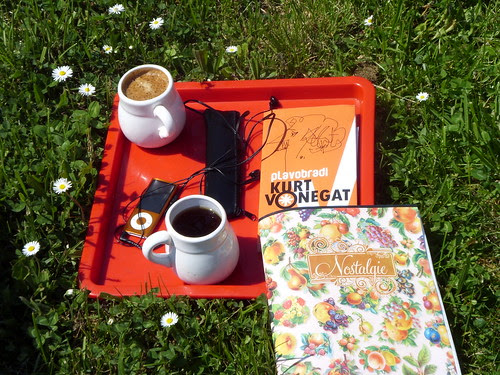 The photo was taken in front of my holiday house in the country last spring and it shows some of my favourite things, including a Kurt Vonnegut book. As I am a proud resident of Slaughterhouse 4, I chose this picture on purpose here.

If you are wondering what music my ipod was playing at the time, wonder no more. It was my favourite group, Experience Rating. Their new album The Spiritual Equivalent of Oxygen is something I warmly recommend: 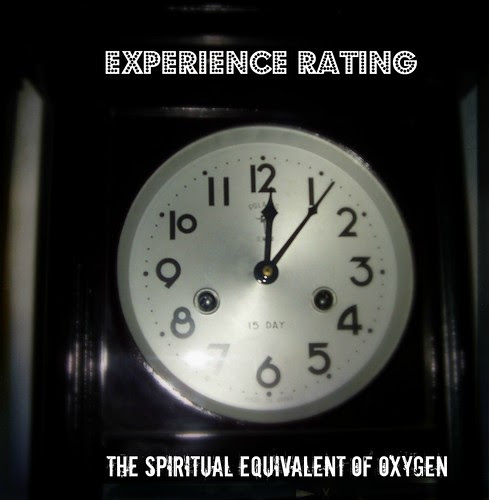 Then I spent some time thinking about people who really matter to me:

After that, I was ready to face the world. And this time I faced it with a camera in hand.

The school where I teach is in the centre of Belgrade and the day was lovely, so I decided to attempt Visual Assignment 376. I was also influenced by several of our weekly readings, particularly by Photography as Mindful Seeing and the advice that we should take photos of ugly things and constantly search for the odd angle. What this meant for me was walking down the street and quickly shooting random photos at some really weird angles. Some of the photos were terrible, some barely usable. I chose ten of the barely usable ones and kept them just as they were. So I produced this: 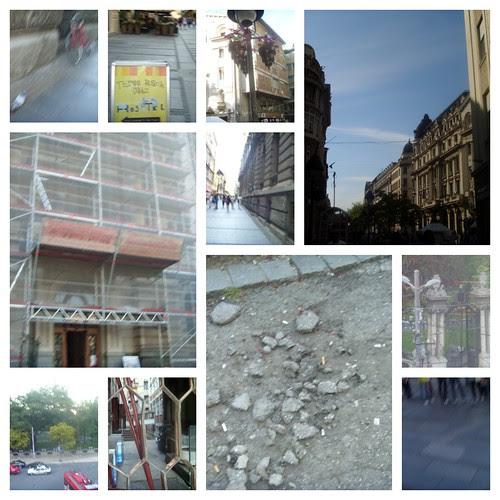 After school, I listened to Experience Rating some more and did my Daily Create assignment. I also wrote a blog post.

It was getting rather late at night (or, shall I say, early in the morning) and I was beginning to feel hungry, so first I demotivated myself: 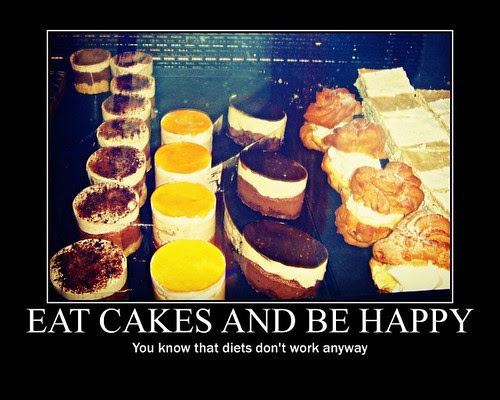 And then I opened that fridge...

This are tremendous responses and stories that go with them, Natasa. That One shot assignment is always interesting to see how cropping can create different or at least differently presented viewpoints from the original. And I especially enjoy the collage of photos from Belgrade, it shows the realness of the place in the things one typically would not pay attention to.

I hate to do this, but we really need to ask you (at least going forward) to post assignments as individual posts. One reason is that the way we parse the tags we are not able to match all of the tags to the original assignments, so these will not appear as examples. That makes me sad :-(

But it also makes it harder for people to comment on your work, because these are all so different.

Alan,
I am so happy you like my digital stories. It means a lot. I believe the Belgrade collage turned out rather well and the One Shot task was easier than I had supposed it would be.

As for the second part of your comment, I should have thought about that. I saw the posts under the assignments and I know how important tags are in DS106. I will definitely post my assignments separately in the future and, should time permit, I might repost some of the visual assignments from this post. I was thinking of writing a tutorial on One Shot anyway.

Thank you for opening this course for people like me who believe all this hard work is sooo much fun.